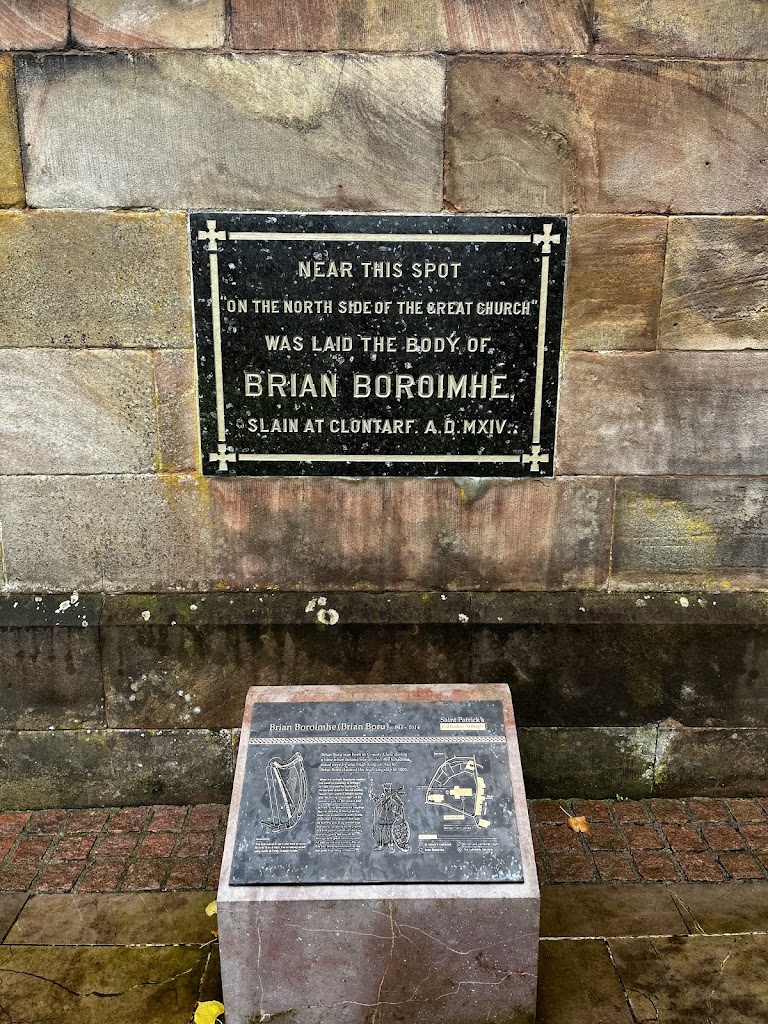 Brian Boru was born in County Clare during a time when Ireland was divided into kingdoms, ruled over by one High King or "Ard Rí". Brian Boru claimed the high kingship in 1001.

When the northern kingdoms resisted his claim he travelled to Armagh in 1005 to assert his authority. He camped at Emain Macha (nearby Navan Fort), Ulster's ancient capital and, according to tradition, left 20 pieces of gold on St Patrick's altar.In 1014, Boru defended his kingship against an army of Vikings and rebellious Leinstermen at the Battle of Clontarf, near Dublin. Although he won the war, Boru himself was murdered, reputedly as he prayed in a tent by the battlefield. His body was brought to the church at Armagh with great ceremony and he was buried in a stone coffin on this site. He le remembered as the last great High King of Ireland.