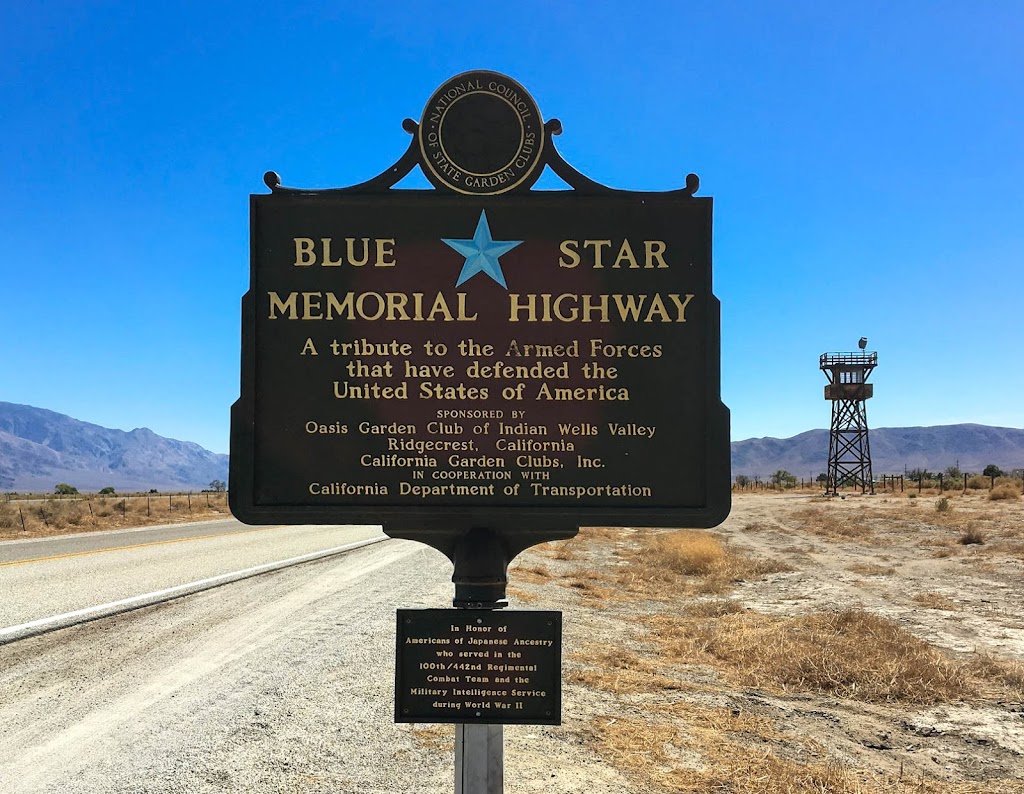 These Blue Star Memorial Highway signs seem ubiquitous and may not typically qualify as plaques. I'd argue that this particular one does. It's just outside Manzanar, the site of the World War II Japanese American internment camp. That's a replica guard tower to the left. What also makes this Blue Star sign different is the small addition -- a tiny plaque -- below the main display. It reads:
"In honor of Americans of Japanese Ancestry who served in the 100th/442nd Regimental Combat Team and the Military Intelligence Service during World War II. "
I don't believe I've ever come across a Blue Star sign dedicated to a specific unit or group. A photo of the sign apparently taken around the year 2000 does not show the add-on plaque. In fact, a 2018 National Park Service history of the Manzanar site says Blue Star sign and the add-on plaque were commissioned in the early 1990s; the plaque was soon removed because of threats of vandalism. The plaque was reinstalled on the Blue Star sign in 2005, the history says. From reading various past accounts and checking other old pictures, it's apparent the Blue Star sign itself has been moved several times since it was first placed.
Submitted by: @danbrekke