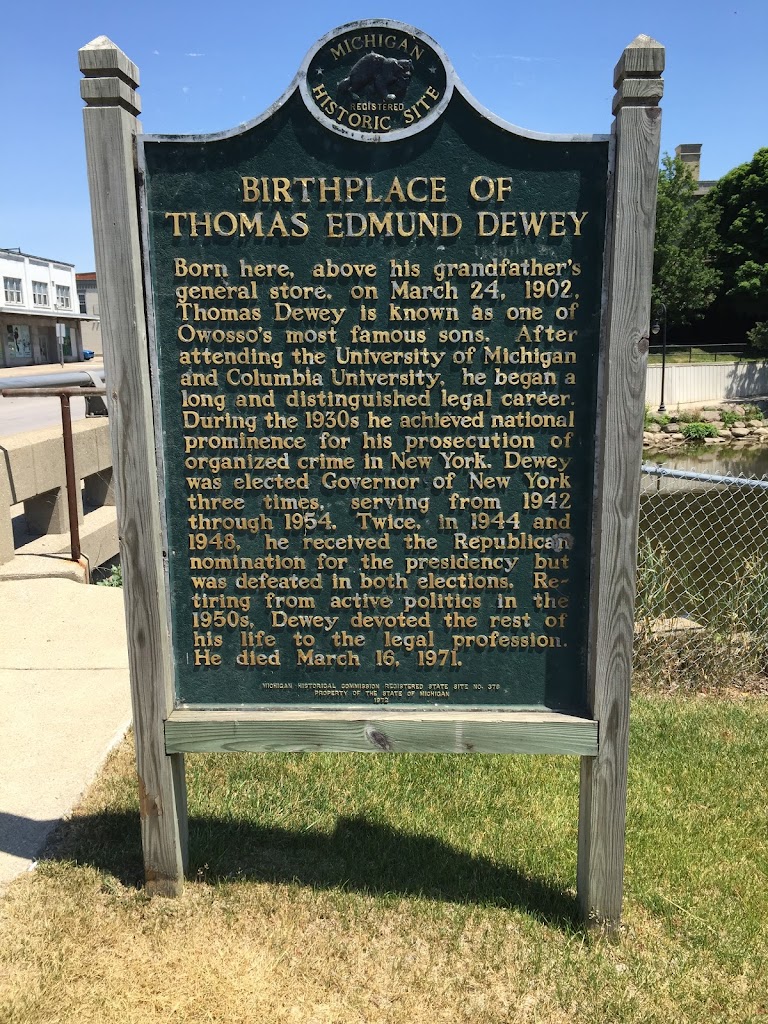 Born here, above his grandfather's general store, on March 24, 1902, Thomas Dewey is known as one of Owosso's most famous sons.  After attending the University of Michigan and Columbia University, he began a long and distinguished legal career.  During the 1930s he achieved national prominence for his prosecution of organized crime in New York.  Dewey was elected Governor of New York three times, serving from 1942 through 1954.  Twice, in 1944 and 1948, he received the Republican nomination for the presidency but was defeated in both elections.  Retiring from active politics in the 1950s, Dewey devoted the rest of his life to the legal profession.  He died March 16, 1971.
Please atrribute to
Bryan Arnold
@nanowhiskers