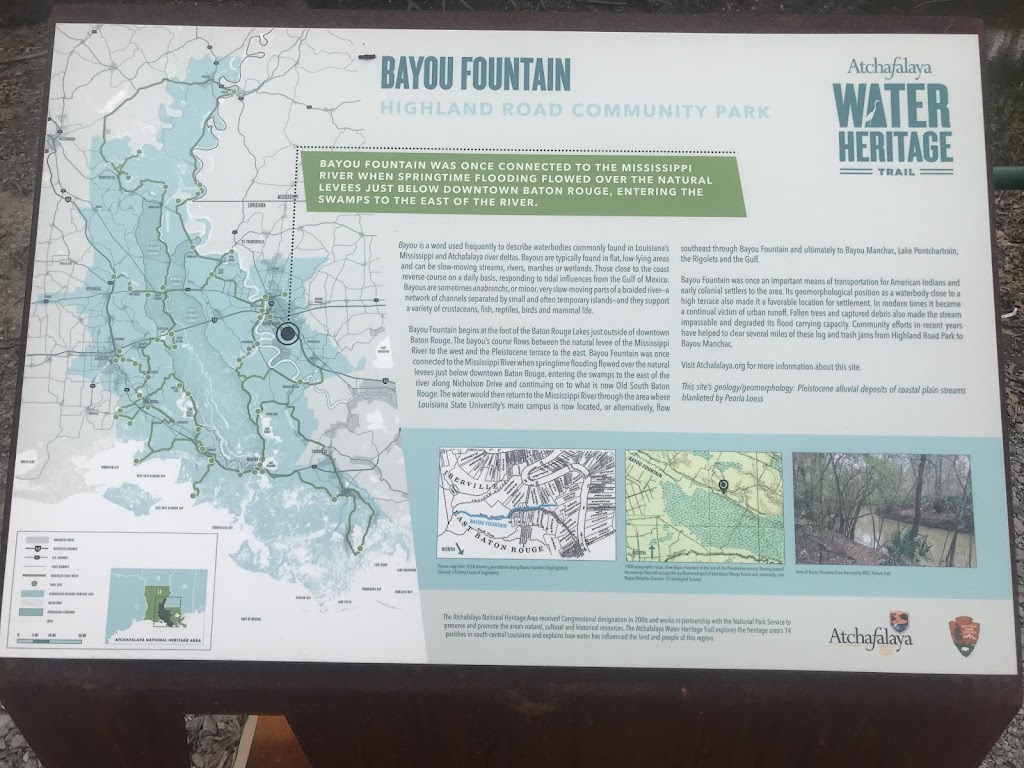 Bayou Fountain was once connected to the Mississippi River when springtime flooding flowed over the natural levees just below downtown Baton Rouge, entering the swamps to the east of the river.

Bayou is a word used frequently to describe waterbodies commonly found in Louisiana’s Mississippi and Atchafalaya river deltas. Bayous are typically found in flat, low-lying areas and can be slow-moving streams, rivers, marshes or wetlands. Those close to the coast reverse course on a daily basis, responding to tidal influences from the Gulf of Mexico. Bayous are sometimes anabranches, or minor, very slow-moving parts of a braided river—a network of channels separated by small and often temporary islands—and they support a variety of crustaceans, fish, reptiles, birds and mammal life.

Bayou Fountain was once an important means of transportation for American Indians and early colonial settlers to the area. Its geomorphological position as a waterbody close to a high terrace also made it a favorable location for settlement. In modern times it became a continual victim of urban runoff. Fallen trees and captured debris also made the stream impassable and degraded its flood carrying capacity. Community efforts in recent years have helped to clear several miles of these log and trash jams from Highland Road Park to Bayou Manchac.