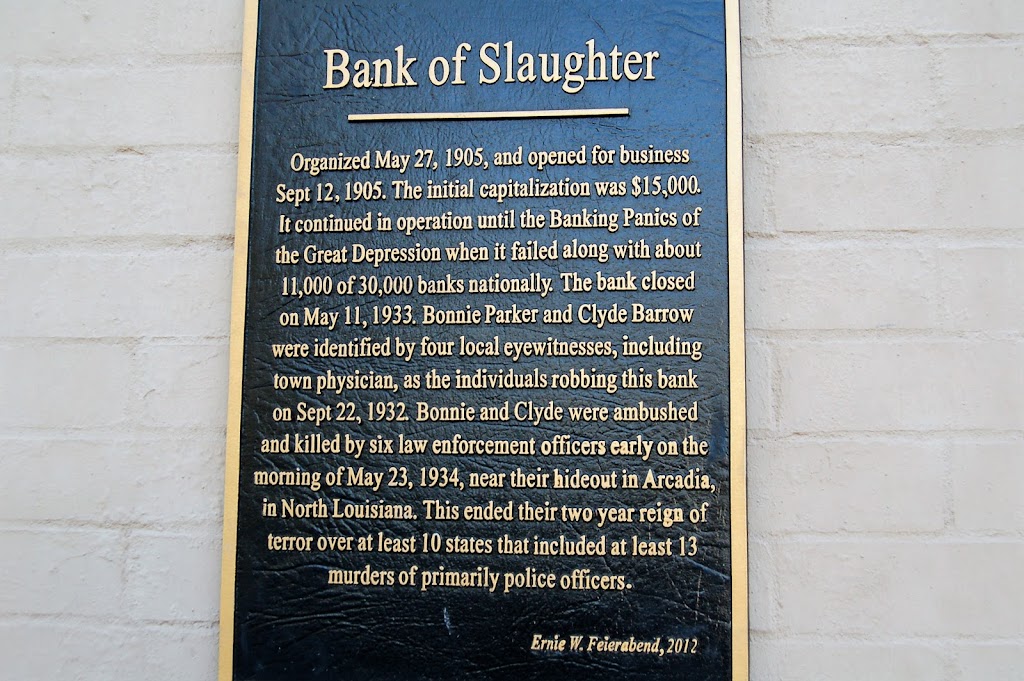 Organized May 27, 1905 and opened for business Sept. 12, 1905. The initial capitalization was $15,000. It continued in operation until the Banking Panics of the Great Depression when it failed along with about 11,000 of 30,000 banks nationally. The bank closed on May 11, 1933. Bonnie Parker and Clyde Barrow were identified by four local eye witnesses, including town physician, as the individuals robbing this bank on Sept 22, 1932. Bonnie and Clyde were ambushed and killed by six law enforcement officers early on the morning of May 23, 1934, near their hideout in Arcadia, in North Louisiana. This ended their two year reign of terror over at least 10 states that included at least 13 murders of primarily police officers. Ernie W Feierabend, 2012