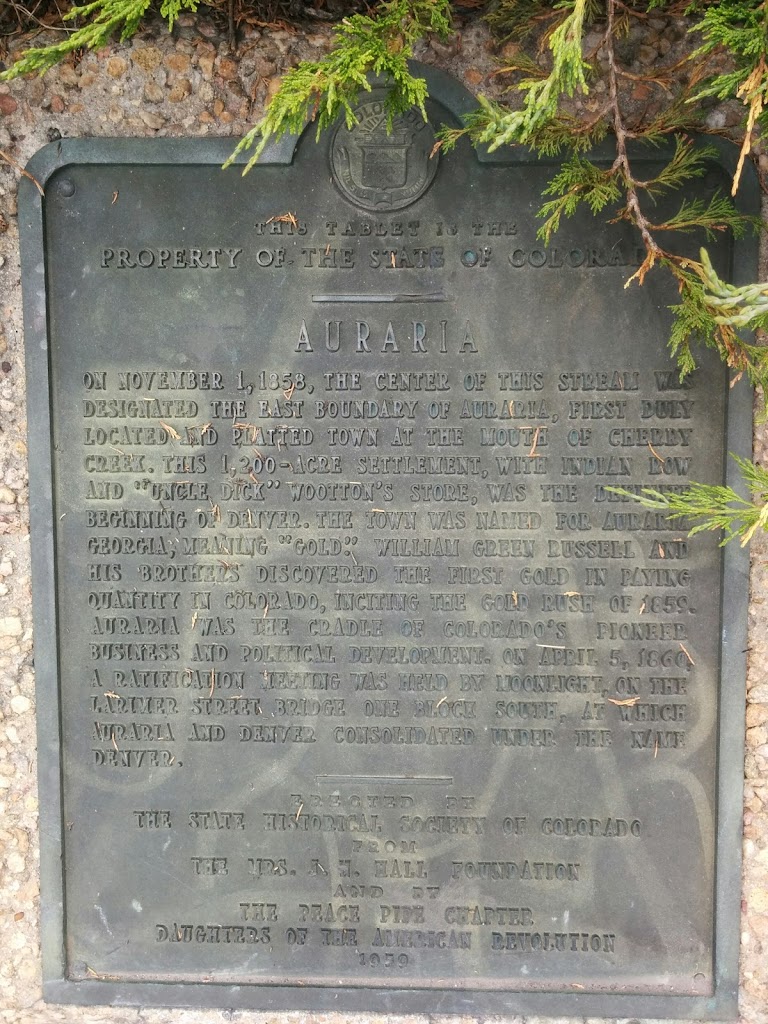 --THIS TABLET IS THE PROPERTY OF THE STATE OF COLORADO--

On November 1, 1858, the center of this stream was designated the east boundary of Auraria, first duly located and platted town at the mouth of Cherry Creek. This 1,200-acre settlement, with Indian Row and "Uncle Dick" Wootton's store, was the definite beginning of Denver. The town was named for Auraria, Georgia, meaning "gold." William Green Russell and his brothers discovered the first gold in paying quantity in Colorado, inciting the gold rush of 1859. Auraria was the cradle of Colorado's pioneer business and political development. On April 5, 1860, a ratification meeting was held by moonlight, on the Larimer Street bridge, one block south, at which Auraria and  Denver consolidated under the name Denver.

--Erected by the State Historical Society of Colorado, from the Mrs. J.N. Hall Foundation and by the Peace Pipe Chapter, Daughters of the American Revolution, 1959 --