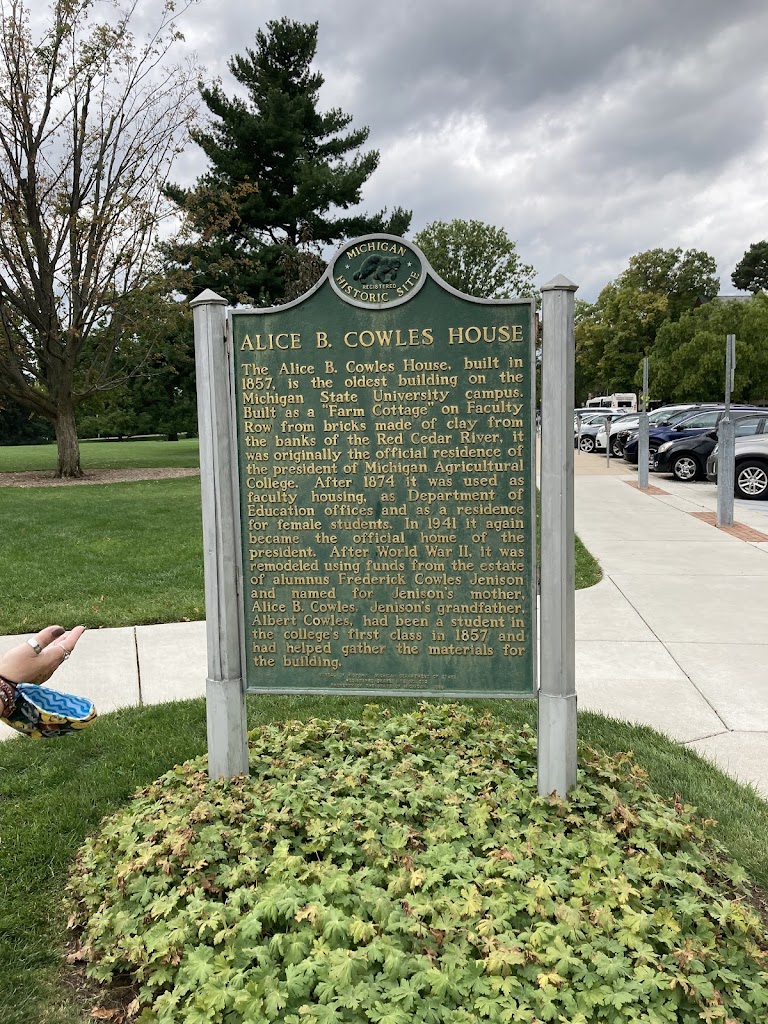 The Alice B. Cowles House, built in 1857, is the oldest building on the Michigan State University campus. Built as a “Farm Cottage” on Faculty Row from bricks made of clay from the banks of the Red Cedar River, it was originally the official residence of the president of Michigan Agricultural College. After 1874 it was used as faculty housing, as Department of Education offices and as a residence for female students.  In 1941 it again became the official home of the president. After World War II, it was remodeled using funds from the estate of alumnus Frederick Cowles Jenison and named for Jenison’s mother, Alice B. Cowles.  Jennison’s grandfather, Albert Cowles, had been a student in the college’s first class in 1857 and had helped gather the materials for the building.