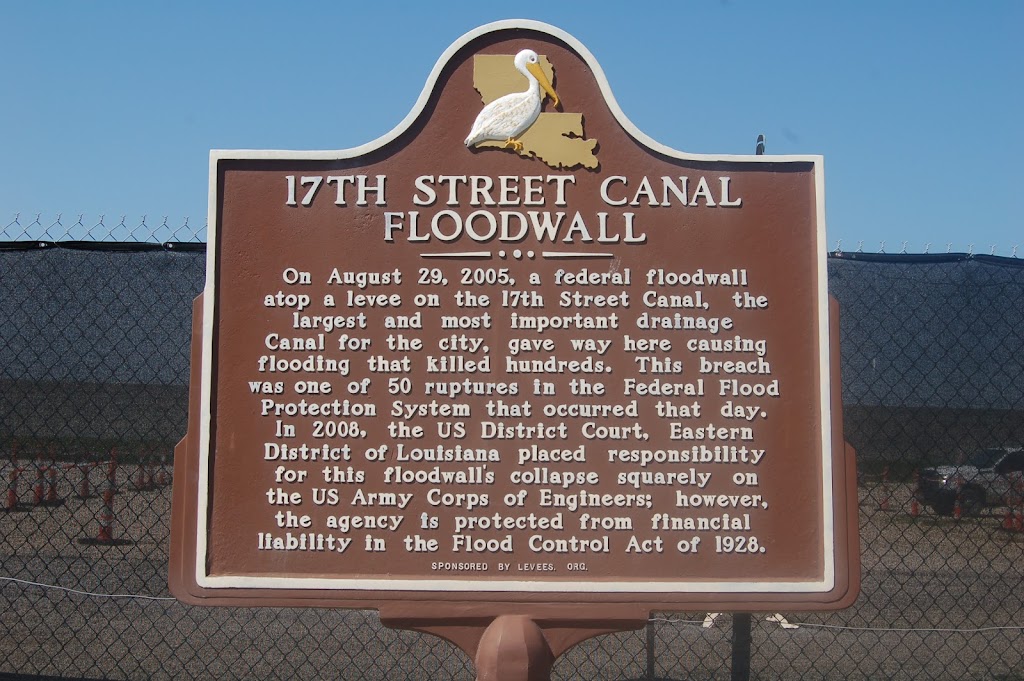 On August 29, 2005, a federal floodwall atop a levee on the 17th Street Canal, the largest and most important drainage Canal for the city, gave way here causing flooding that killed hundreds. This breach was one of 50 ruptures in the Federal Flood Protection System that occurred that day. In 2008, the US District Court, Eastern District of Louisiana placed responsibility for the floodwall's collapse squarely on the US Army Corps of Engineers; however, the agency is protected from financial liability in the Flood Control Act of 1928.